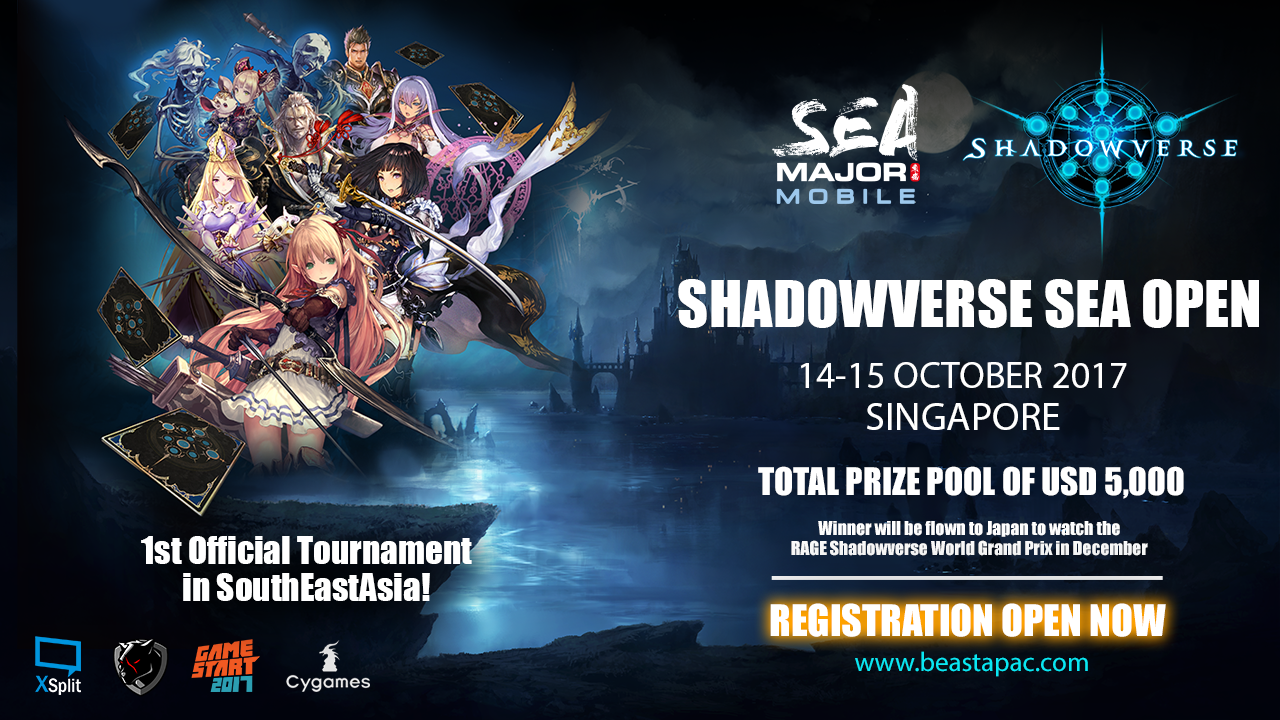 The inaugural SEA Mobile Major 2017 is a new tournament series that will focus on bringing esports for mobile games to players across Southeast Asia. The event will take place at GameStart 2017 in Singapore.

SEA Mobile Major 2017 is proud to host the 1st official Shadowverse tournament in Southeast Asia – the Shadowverse SEA Open. Participants will compete for a piece of the USD 5,000 prize pool, and the winner gets free trip to watch the RAGE Shadowverse World Grand Prix in Japan on 23 & 24 December!

Registration to enter the Shadowverse SEA Open tournament is free, but you need to purchase GameStart 2017 tickets or a SEAM Event pass to enter the venue where SEA Mobile Major 2017 will be held.
Registration will close on 9 October 2017 (Singapore time), and participants will be sent a confirmation email on 10 October 2017 with instructions on deck submission.